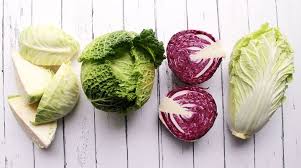 Thanks to Tom for running us through his Cabbages! Now for the second part, I’ll be exploring some different loadout options for building your Maw Krusha.

As a little history lesson for all the snotlings out there, back under GH16, there was only one way you loaded up your Krusha: Bellowing Tyrant and Battle Brew. If you were a real hipster, you might have the Talisman of Protection instead of the Brew.

Fast forward to 2019 and now we have multiple levers to pull: Command Traits, Ironjawz Artefacts, Artefacts of the Realms, Mount Traits and faction buffs are all available to help you fine-tune your very own smashmouth doomfucker.

This guy is a quarter of your army, and demands further investment in buffs: he really owes you some output. On the other hand, you can do a million damage per swing, but if you never get to roll a dice because you get murderfucked in the first turn, he might as well have a Moonclan Grot’s attack profile for all the good he’ll do you. How do we find the right balance?

The first thing to bear in mind is that you will always want a couple of Warchanters in your army. They’re just that good. The +1 to Damage just happens, and you don’t even have to roll for it.

Warchanters aren’t a tax, they are the heartbeat of the army, and I think it’ll be a very unusual build that doesn’t take at least one, and probably two.

Now let’s be clear, there are some armies that can blast a Chanter off the board turn 1, no worries: he will be deployed with a wobbly red dot on his forehead whenever Vanguard, Jezzails and the like are across the board from him.

For this reason, I’d always have two of them. If we’re at the point where your opponent can shoot off both of those in a turn, then you could look at taking Ragged Cloak as an artefact, Prismatic Pallisade or even some allied Sporesplattas; but it’s probably fair to assume that in 90% of your games, you will have access to +1 damage on both profiles (the Megaboss and the Krusha itself), and a chance at healing back D3 wounds every turn from the Fixin’ Beat.

I can’t be the only Megaboss who wants to see how redonkulous this can get, can I? Let’s take a look at ramping it up to 11, and then going one louder because we can-can-can.

Needless to say, we’re taking the 8 attacks, because 8 is more than 6.

That’s maths, and you can’t argue with maths.

Worth a mention here is that Live to Fight (reroll all Wounds on the charge) now benefits the Mount as well as the Megaboss. GW has explicitly thrown us a bone there, so if you are reading: thank you!

I don’t think the Mighty Waaagh Command Ability is worth building around, so we won’t dwell on that.

Brutish Cunning is certainly worth having, but off the top of my head you can also get extra CPs from the following sources (while having a Maw Krusha as your General): Batallions, purchasing a CP, Aetherquartz Brooch, Ironsunz Command Trait, Fungoid Cave Shaman and the Wurrgog Prophet. So although it’s probably the sensible one to take and will be popular, you can still get Krumpin in the Hero Phase without it.

But Destroyer. Ohhhhh, Destroyer. Whisper it…but I think I might be in love.

+3 Damage to a weapon of your choice once per game is off its fucking tree. It also creates a really cool mini game where you have to choose between unleashing it early for a breakthrough – and you’d have to have a heart of stone not to be tempted to pop this at the first opportunity – versus banking it for late game when you have more attacks to maximise it.

Damage 5 per swing, or 6 per swing with the Warchanter buff. 6 per fucking swing! I don’t think Grots can even count that high.

Mean ‘Un is the go-to here, putting the Krusha’s attacks on Damage 3 per swing base (Damage 4 per swing with a Warchanter buff). This is getting out of control pretty fast, hey?

The Big Waaagh can realistically achieve +1 to hit and +1 to wound by the second Battleround, putting you on 2s and 2s across the board.

Worth noting too is that he will have a 6+ ignore damage save in Big Waaagh, and the absence of Clans really liberates your options for Artefacts and CTs. It’s worthy of serious consideration, even in a pure or mainly Ironjawz army.

This guy is an unstoppable, whiff-proof wrecking ball.

Solid To Hit and Wound stats, backed up by a high volume of Damage 6 and Damage 4 attacks, rerolling all Wounds on the charge. And hey, let’s spend a CP to reroll 1s to Hit, because why not?

Doom argued convincingly that the key imperative is to build to last: if you build for durabiility, the output will take care of itself. Strength From Victory will rack up and get out of hand pretty quickly, if you can just avoid getting jibbed in a turn.

Incidentally, Doom’s whole Battletome review really is very good, and I recommend it to everyone who hasn’t yet seen it:

The levers you can pull for durability begin with your weapons profile: you have the choice between extra attacks, or taking a Riptooth Fist which bounces back Mortal Wounds on a natural save roll of 6. This might not sound like much, but when you’re facing opponents that force you to roll bucketloads of save dice (hello, Plaguemonks!) you can deter them from attacking at all in some cases.

This could actually be quite funny if doubled up with Armour of Gork, to bounce back 2 Mortal Wounds every time, and could be worth consideration if you are playing in a Horde meta.

Ironclad stands out: this puts you on a 2+ save, which is huge. The old Mystic Shield was nerfed for a reason, folks!

Probably the standout is the Ethereal Amulet from Shyish, which ignores all save modifiers (note that this would also switch off Ironclad, hence the two cannot be combined); or Ignax Scales, which ignores Mortal Wounds on a 4+.

Gryph Feather Charm (-1 to be hit in all phases) also warrants a mention – and if you are concerned about Activation Wars, Doppelganger Cloak comes into the equation too.

Loud ‘Un gives a once per game -1 to hit to all units within 3″, which shouldn’t be overlooked.

The other one to look out for is Weird ‘Un, which ignores the effects of a spell or endless spell on a 4+. This can act as a proxy for Mortal Wound protection, since a decent proportion of Mortal Wound output in the game comes from magic. It won’t help you against Jezzails popping off headshots; but nothing in the game should be completely invincible, and this does go some way to squaring the circle.

An Ironsunz Maw Krusha will be negative 1 to hit in the first Battleround. Not to be sniffed at!

The forced Artefact from this Warclan is actually a decent defensive item too, the Sunblessed Armour: this reduces your enemy’s rend by 1, so it’s effectively a nerfed Ethereal Amulet.

So there’s quite a lot of help there in keeping your Maw Krusha alive.

You also have the standard options of Mystic Shield (combos nicely with Ethereal to shut normal damage right down), and sending Geminids out prowling. Although this might not be efficient for an expensive one-spell wizard like the Weirdnob Shaman, they can be decent uses of an allied Fungoid Cave Shaman, or as the second cast for a Wurggog Prophet.

Both of these loadouts offer a good spread of improved saves, Mortal Wound protection and negatives to hit, the Holy Trinity of defensive buffs:

There is a specific build which is designed around maxing out on the impact mortal wounds: chaining together as many Destructive Bulk charges as possible. The world record as far as I’m aware was achieved by Adam Kakwah at SAGT in Adelaide, 2019: he strung together an impressive 7 chain charges!

This can give you a great reason to trigger a charge with Mighty Destroyers or even the Ironsunz countercharge.

Tech that combos well with this includes anything that can knock a few more wounds off, and get those multicharges happening more easily. So chip damage from Arrow Boys shooting, from magic or even the Luminary Rod artefact can tee you up to go Bam! Bam! Bam! Bam! through the backfield.

The final thing to cover is the opportunity to take multiple Maw Krushas in your list. Tim Holbrook discussed his “Tank and Spank” build in our previous article, and there is certainly scope for them to work in tandem.

Punching holes in chaff screens for each other with combined charges, giving each other a prod forward with Luminary Rod while softening up enemies at the same time, throwing a Brutally Cunning activation each other’s way…sometimes it’s good to have a buddy.

Bringing it all together

In terms of supporting your Maw Krusha, I believe that Ironsunz or Big Waaagh offers the most overall.

Time will probably prove that a balanced loadout is the most sensible option: maybe something like the Ironclad Command Trait to reduce damage, Ignax’s Scales to reduce Mortal Wounds and the Mean Un Mount Trait to give that little sprinkle of extra burst damage would be a solid choice. All backed up by a Warchanter to kick up the damage output another notch, and maybe heal a D3 or two across the game.

Now I don’t know about you, but I’ll be taking that build with Destroyer for a spin!

4 thoughts on “Cabbage Soup Part 2: Building Your Own Maw Krusha”