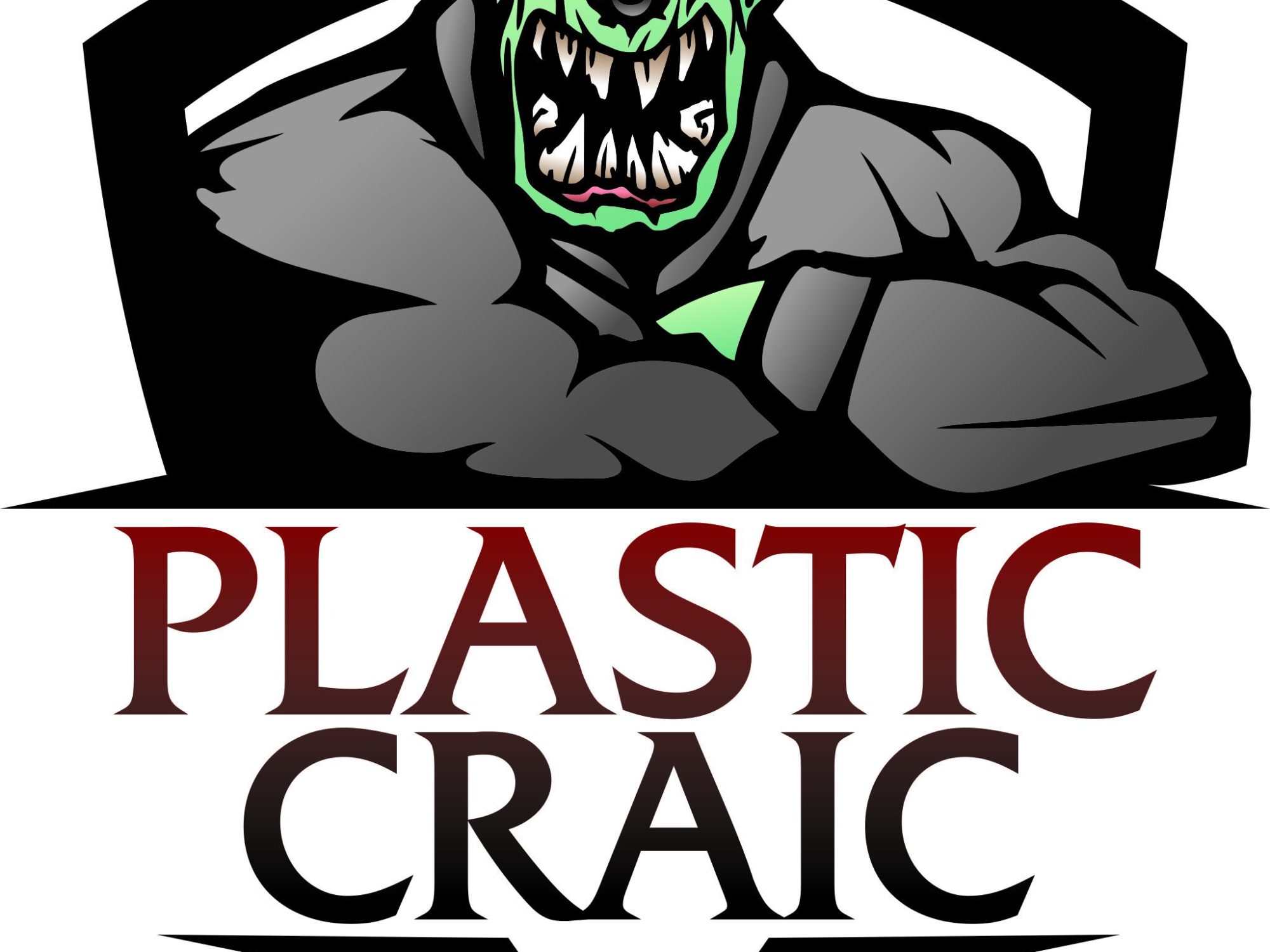 Ah, thanks for noticing! Yes, the site has an updated logo which has been paid for by your kind Ko-Fi donations. So a big thank you to everyone who has contributed along the way – it really is appreciated – and also to Sean Benson for the graphic design work. Sean is an AOS player himself, and his Twitter feed throws up some great minis, so go follow him if you don’t already.

What we’ll be taking a look at today are some selected highlights from the FAQ, to pick the bones out of a few hot messes topics while contemplating the nature of dick moves, before moving onto a general and meandering update. Ready? Let’s go.

I’m not going to spend a lot of time or energy on this one, because I don’t think it will stand. But there are a lot of messy implications flowing from this FAQ, so I’ll direct you to Rob’s Twitter thread where some of them are picked up and discussed:

This will have to get looked at again, because there are just too many unintended consequences. Come on GW, do the right thing.

Kick ‘Em While They’re Down

This question on Get Orf Me Land is one that I’ve seen come up a lot, and I’ve seen it ruled both ways. It was a bit of a tricky one because of the last sentence in particular, which read:

…which seemed to imply that different objectives could be kicked in the same phase. So while the rule did say that you could kick one objective, could you enact that rule several times?

Well, that really couldn’t be clearer. The overall relevance to the game is minimal because Sons of Behemat are dead for the time being, but it’s good to have a clear and unambiguous answer to one that’s been floating around for a while now.

Would you use a daft rule if it was in your favour? For those not aware, Bonesplitterz can pregame move their army with the Tireless Trackers Battle Trait:

Where it gets a bit silly is that you can move the same unit more than once:

Are you sure this is legal?

100% yes: I can’t see anything remotely ambiguous about the FAQ above. There has been a rolling shitstorm across Twitter, DMs and WhatsApp over the last few days (and I would imagine other social media too), but the most common argument I’ve seen against it runs along the lines of “I don’t agree that it works RAW, because I really don’t like it.”

Now, as Darrren Watson has pointed out, this rule has been around for a while now in Lumineth to no great outrage:

I have seen one huge stretch of a counter-argument stating that the difference between the two is that Claim the Field refers to a number whereas Tireless Trackers doesn’t. I mean….if half your units rounding up is not a number, what is it? If you’re rounding it up, it’s a number. It just is. There are two things in this world that you round up: cattle and numbers, and I don’t hear any mooing.

But is it intended?

Let’s be clear: this tech has been out in the wild for a while now, and I know for a fact that the FAQ has been submitted because I’ve done it myself. My own position (when it was first pointed out to me a few weeks ago) was that it did feel unintentional, so I personally chose not to use it until the FAQ cycle had passed and GW had the opportunity to change it.

Well, that FAQ cycle has now been completed and GW chose not to change or address it in any way. That being the case, I can only take it to be intentional at this point: it’s been brought to GW’s attention, and they made the choice to leave it in the game.

So would you apply this rule yourself?

For me it’s now sitting in the bucket of obnoxious bullshit that GW is aware of and has chosen to allow, right alongside things like the Hurakan being able to move in both players’ shooting phases.

I walked the walk and chose not to use it while it was up in the air, but now that GW has chosen to leave it in the game it’s open season as far as I’m concerned. So yes, I would apply this rule in a heartbeat.

How would you feel if TOs comped it out?

I really wouldn’t have a problem with that, and I’d happily play an event where it was comped. And what’s more, I’d still run Bonesplitterz at such an event too – the army functions fine without it.

Where I would have a problem would be if this and this alone was picked out and comped. It would sour things for me if some of the other bullshit I’ve mentioned above was given a free pass; and in particular if Tireless Trackers was comped but Claim the Field was allowed at an event I’d been looking forward to, I’d really find it hard to attend on principle.

This whole subject has been divisive even within the Bonesplitterz community, and you’re welcome to disagree with my interpretation of the rule. Where I can’t “agree to disagree” is with the unfair demonisation I’ve seen of some people online over this.

What I would say in this space is that I’ve got multiple Best Opponent trophies sitting at home that I’ve secured with Bonesplitterz, and I’m not the only one who’s happy to use this rule who can say that. So maybe bear that in mind before you get too breathless with your comments on what kind of people read the rule this way.

I didn’t intend for this to be the focus of the article, but it’s a topic that’s really blown up so I had to address it properly. I don’t expect everyone to agree with me but hopefully that explains whether and under what circumstances I personally would feel comfortable applying this rule – and you are of course welcome to disagree with me in the comments below.

A Few Other Unanswered Questions

Do Allied units that have the Battleline battlefield role count as such for purpose of the new Battalions?

Can one unit standing in the middle of the board score Show of Dominance?

Are we doing that whole “adds to or subtracts from a characteristic” thing, or pretending it didn’t happen?

These are all questions that I’ve seen asked in good faith that weren’t addressed in the FAQ. Answers on a postcard please – but it looks like TOs will have their work cut out making a few rulings in forthcoming event packs.

I went to 6 tournaments during the last General’s Handbook season, but 5 of them were MCP; my one and only AOS event was Rural Rampage a couple of weeks back. The Friday night in Bendigo was pretty wild and in all honesty I’m getting too old for that shit, but I did rally round eventually to pick up Best Destruction at the event with my Big Waaagh, and came out of it feeling a lot older and a little bit wiser.

The event itself saw mainly Nurgle and Seraphon on the top tables, but let’s give a huge shout out to Tyson Braithwaite for winning Best Sports at the event – the bloke’s a legend. Well done mate.

I’ll be looking to pace my drinking a bit better at my next few events, but I am feeling more energised for AOS right now than I have in a long time, so I’m keen to smash into a few more AOS tourneys this season: starting with the Measured Gaming monthly this weekend. I’ll be rocking either Drakkfoot or Troggoths, so wish me luck.

Some of you who have been around the traps for a while might remember Big Shaun. Not that Big Shaun – in Australia we’ve got our own, and the man was a legend of the AOS 1 scene in Victoria.

Shaun was famous for running wild lists and taking some good scalps with them too – his Spiderfang brought down a one-drop Gnarlroot at the first Cancon we attended together, and I’ll always remember his Quadruple Rogue Idol and Orruk Boar Chariots list battering Tristan Smith’s Shootcast.

Shaun has hung up his dice for the time being as he’s taken over a pub, so I headed out to catch up with him and get stuck into a Sunday roast. Shaun is in great form, George the Cockatoo is a potty-mouthed attention-seeker and the dinner was spot on. So if any of you want a good feed, or just remember Shaun from around the way and want to catch up with man himself, the Railway Hotel in Dunnolly comes highly recommended.

And that’s a wrap

I’m back in the groove now, so I’ll be back next Friday with a product review for you. The week after I’ll be either running through the Measured Gaming one-dayer I attended or pontificating about Endless Spells, depending on whether I crash and burn at the event get a few of them painted; and the Friday after that I’ll have your GH23 lists. So don’t forget to send ’em in.

Have a good weekend ladies and gents, and I’ll see you on the other side.

2 thoughts on “AOS FAQ, Bonesplitterz Bullshit and an Update to the Site”